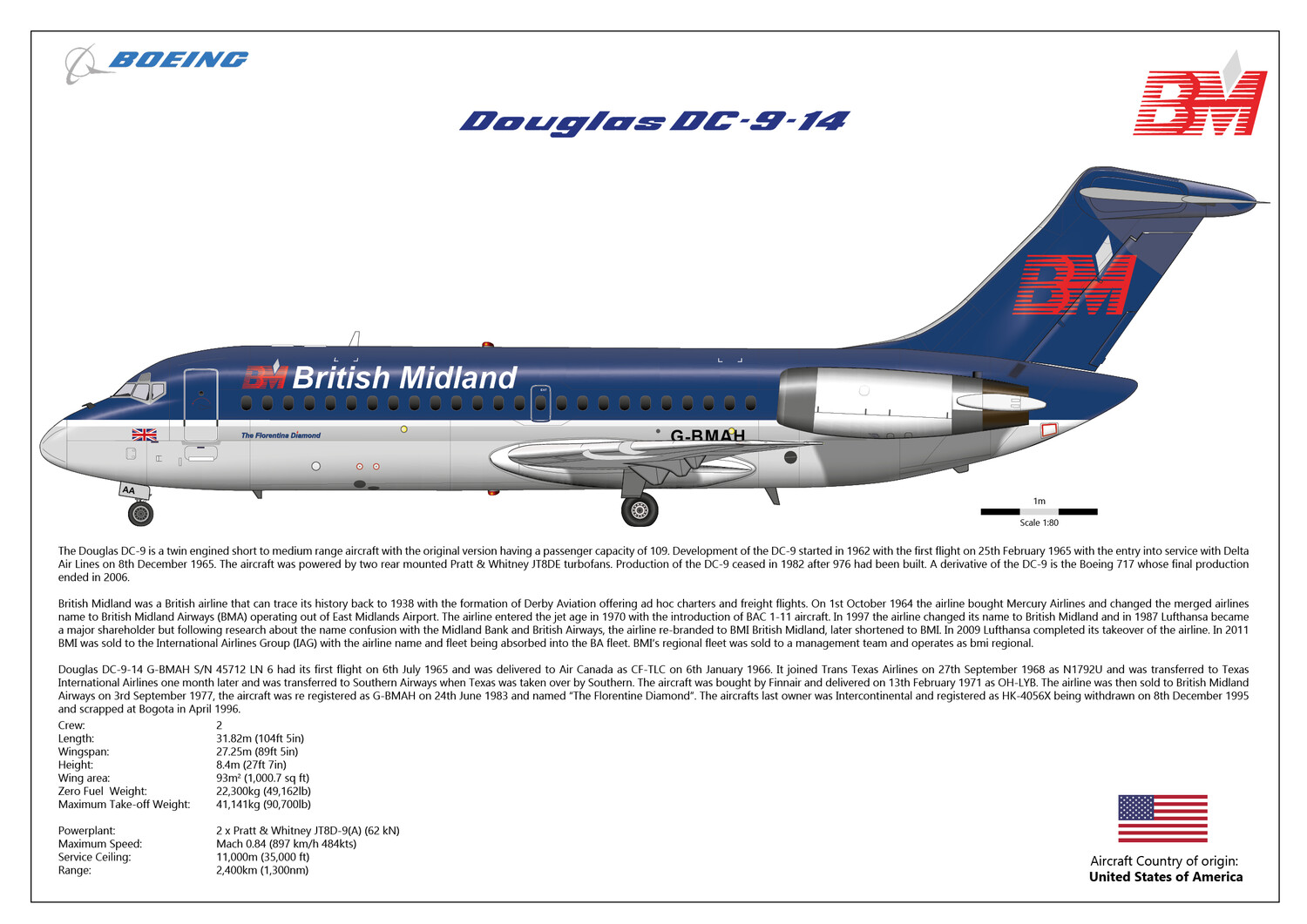 SKU DO-02BM-3A
£10.00
In stock
1
Product Details
Brand: Cockpit Revolution
Product Type: Profile
Aircraft Manufacturer: Douglas
Model: DC-9
Operators: British Midland
This Air Canada Douglas DC8-63 was powered by 4 x Pratt & Whitney JT3D-3B turbojets. The aircraft was delivered on 16th February 1969 and was originally registered CF-TIK. The aircraft has the construction number 46033 Line Number 431.
The aircraft was re registered C-FTIK in January 1974 and converted to a freighter in August 1980 and the original engines were replaced with the CFM56-2 in February 1984 and became a DC-8-73. It was withdrawn from Air Canada Cargo service
in March 1994. In October 1994 the aircraft started operating with DHL Worldwide Express and re registered N801DH. The aircraft was again sold in June 2003 to ASTAR Air Cargo who operated the aircraft until June 2012 when it was stored.