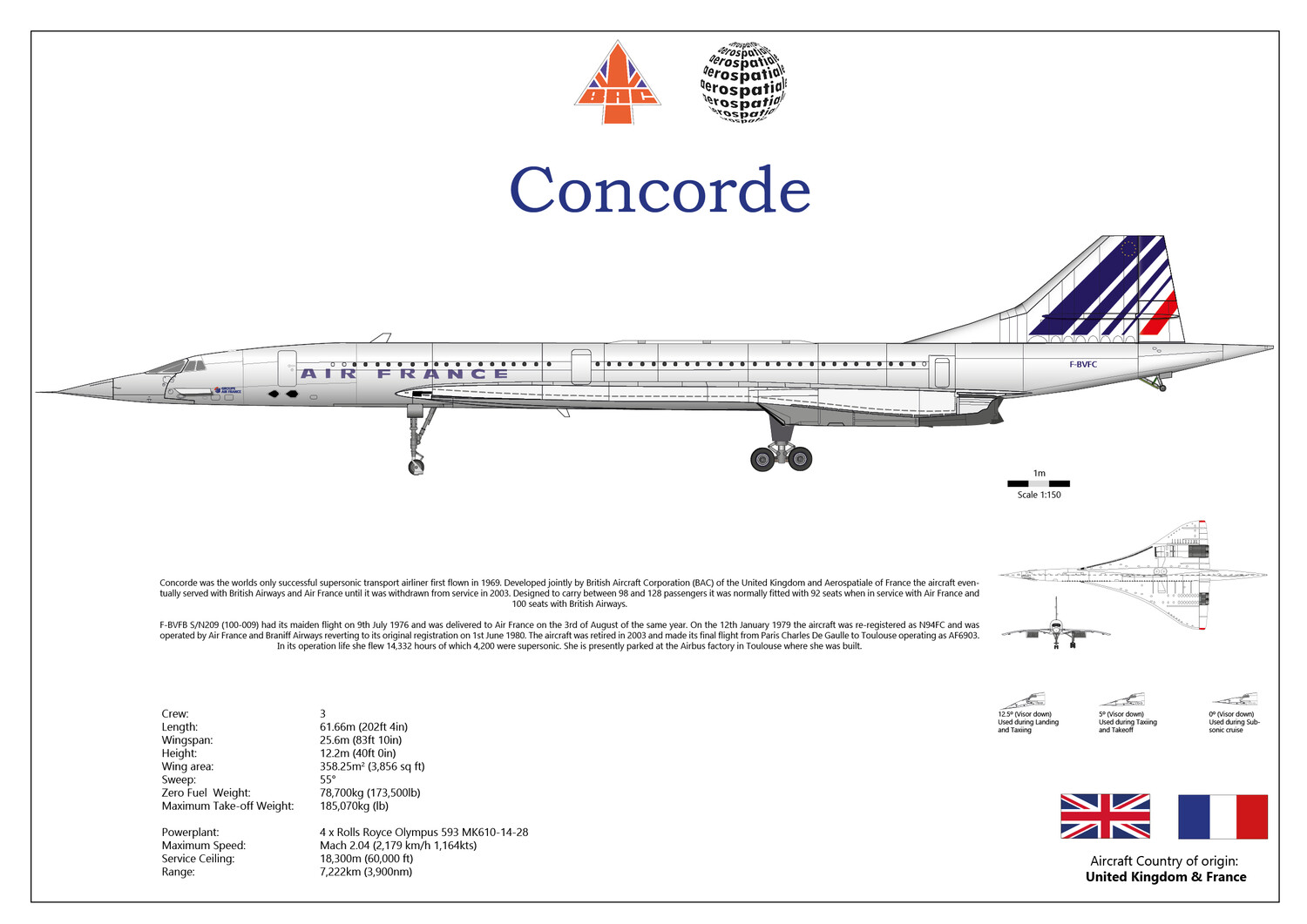 SKU 00513
£10.00
In stock
1
Product Details
Concorde was the worlds only successful supersonic transport airliner first flown in 1969. Developed jointly by British Aircraft Corporation (BAC) of the United Kingdom and Aerospatiale of France the aircraft eventually served with British Airways and Air France until it was withdrawn from service in 2003. Designed to carry between 98 and 128 passengers it was normally fitted with 92 seats when in service with Air France and 100 seats with British Airways.
F-BVFB S/N209 (100-009) had its maiden flight on 9th July 1976 and was delivered to Air France on the 3rd of August of the same year. On the 12th January 1979 the aircraft was re-registered as N94FC and was operated by Air France and Braniff Airways reverting to its original registration on 1st June 1980. The aircraft was retired in 2003 and made its final flight from Paris Charles De Gaulle to Toulouse operating as AF6903.
In its operation life she flew 14,332 hours of which 4,200 were supersonic. She is presently parked at the Airbus factory in Toulouse where she was built.

Note: Due to the Coronavirus, we are, for a limited period, selling the digital version of this poster (Layout A) so that you can print this poster at home. The poster comes as a pdf and can be printed at A4 or A3 size. The licence is for two prints per purchase. You will receive a link to the download via email as soon as the purchase completes. Please see the Digital Download Version to purchase - Click here.