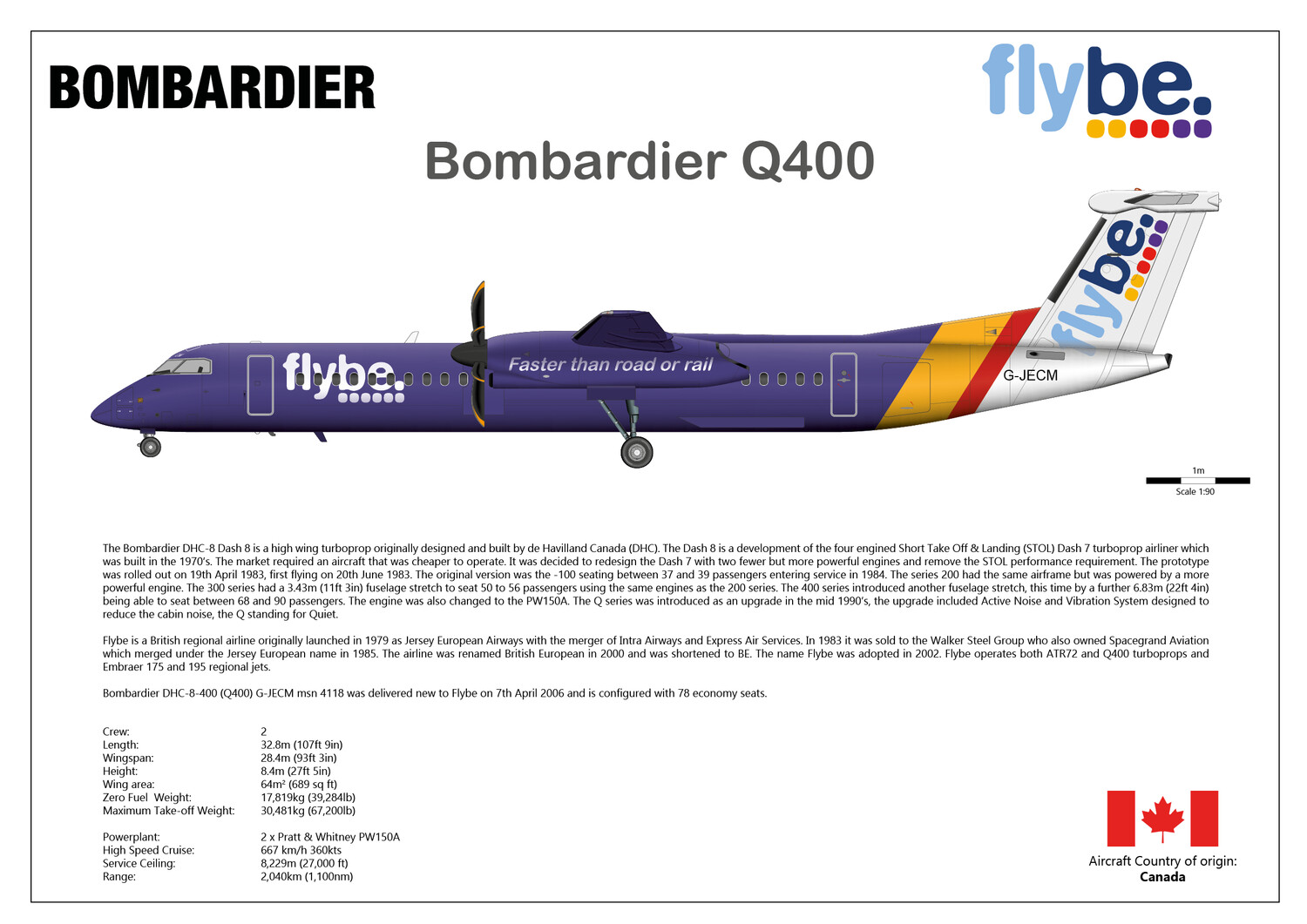 The Bombardier DHC-8 Dash 8 is a high wing turboprop originally designed and built by de Havilland Canada (DHC). The Dash 8 is a development of the four engined Short Take Off & Landing (STOL) Dash 7 turboprop airliner which was built in the 1970’s. The market required an aircraft that was cheaper to operate. It was decided to redesign the Dash 7 with two fewer but more powerful engines and remove the STOL performance requirement. The prototype was rolled out on 19th April 1983, first flying on 20th June 1983. The original version was the -100 seating between 37 and 39 passengers entering service in 1984. The series 200 had the same airframe but was powered by a more powerful engine. The 300 series had a 3.43m (11ft 3in) fuselage stretch to seat 50 to 56 passengers using the same engines as the 200 series. The 400 series introduced another fuselage stretch, this time by a further 6.83m (22ft 4in) being able to seat between 68 and 90 passengers. The engine was also changed to the PW150A. The Q series was introduced as an upgrade in the mid 1990’s, the upgrade included Active Noise and Vibration System designed to reduce the cabin noise, the Q standing for Quiet.