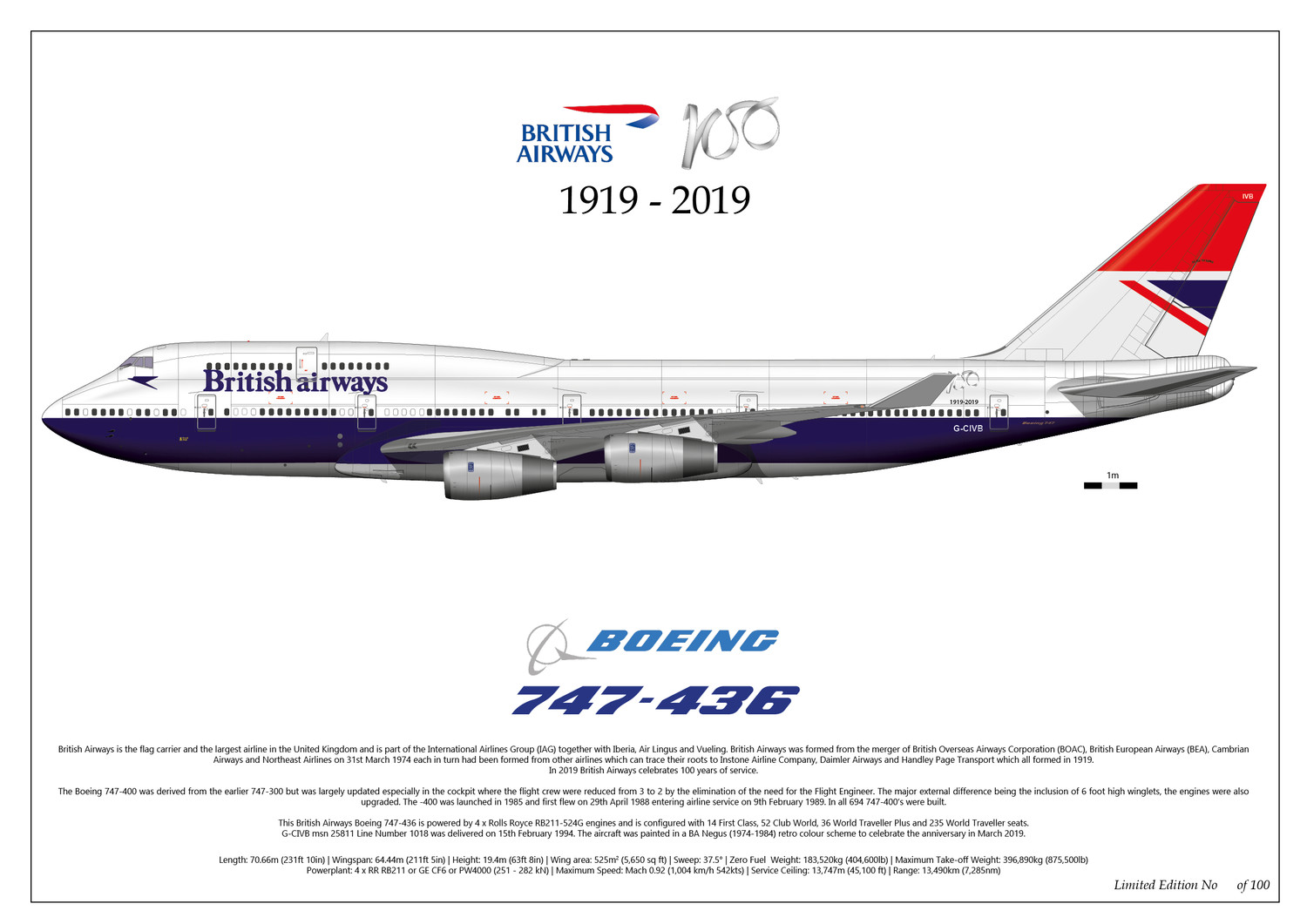 This Limited Edition print of the British Airways Boeing 747 in BOAC livery to celebrate 100 years of British Airways - only 100 available all numbered with artists signature and details on rear.

British Airways is the flag carrier and the largest airline in the United Kingdom and is part of the International Airlines Group (IAG) together with Iberia, Air Lingus and Vueling. British Airways was formed from the merger of British Overseas Airways Corporation (BOAC), British European Airways (BEA), Cambrian Airways and Northeast Airlines on 31st March 1974 each in turn had been formed from other airlines which can trace their roots to Instone Airline Company, Daimler Airways and Handley Page Transport which all formed in 1919.
In 2019 British Airways celebrates 100 years of service.
This British Airways Boeing 747-436 is powered by 4 x Rolls Royce RB211-524G engines and is configured with 14 First Class, 70 Club World, 30 World Traveller Plus and 145 World Traveller seats.
G-CIVB msn 25811 Line Number 1018 was delivered on 15th February 1994. The aircraft was painted in a BA Negus (1974-1984) retro colour scheme to celebrate the anniversary in March 2019.