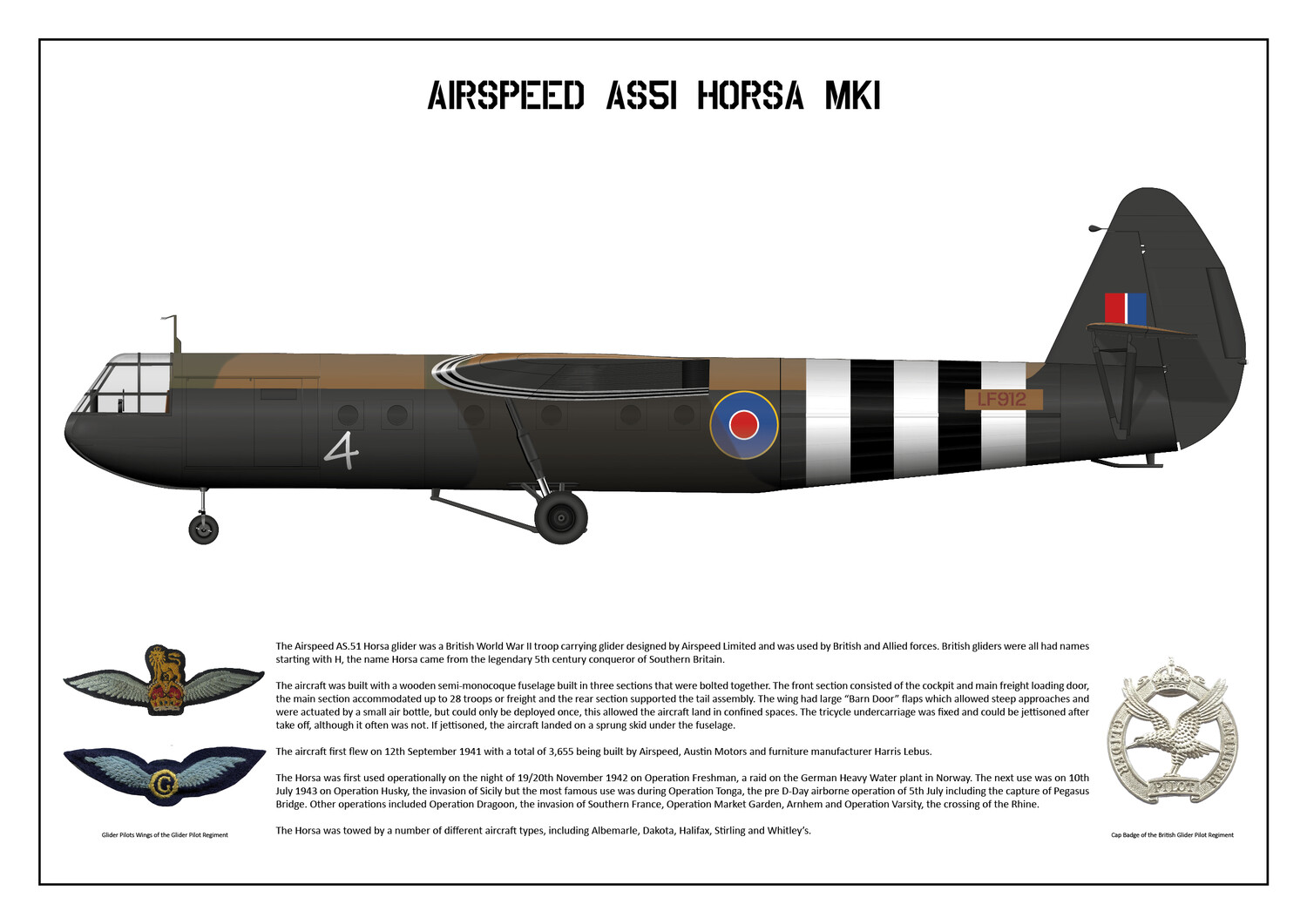 SKU AS-01-A3
£10.00
In stock
1
Product Details
Brand: Cockpit Revolution
Product Type: Profile
Aircraft Manufacturer: Airspeed
Model: Horsa
Operators: UK Military
The Airspeed AS.51 Horsa glider was a British World War II troop carrying glider designed by Airspeed Limited and was used by British and Allied forces. British gliders were all had names starting with H, the name Horsa came from the legendary 5th century conqueror of Southern Britain.
The aircraft was built with a wooden semi-monocoque fuselage built in three sections that were bolted together. The front section consisted of the cockpit and main freight loading door, the main section accommodated up to 28 troops or freight and the rear section supported the tail assembly. The wing had large “Barn Door” flaps which allowed steep approaches and were actuated by a small air bottle, but could only be deployed once, this allowed the aircraft land in confined spaces. The tricycle undercarriage was fixed and could be jettisoned after take off, although it often was not. If jettisoned, the aircraft landed on a sprung skid under the fuselage.
The aircraft first flew on 12th September 1941 with a total of 3,655 being built by Airspeed, Austin Motors and furniture manufacturer Harris Lebus.
The Horsa was first used operationally on the night of 19/20th November 1942 on Operation Freshman, a raid on the German Heavy Water plant in Norway. The next use was on 10th July 1943 on Operation Husky, the invasion of Sicily but the most famous use was during Operation Tonga, the pre D-Day airborne operation of 5th July including the capture of Pegasus Bridge. Other operations included Operation Dragoon, the invasion of Southern France, Operation Market Garden, Arnhem and Operation Varsity, the crossing of the Rhine.
The Horsa was towed by a number of different aircraft types, including Albemarle, Dakota, Halifax, Stirling and Whitley’s.